Venn diagrams are a very common and intuitive way to visualise sets and relative population sizes of different cuts of data. From a data visualisation perspective, Venn diagrams are used in several different ways to present data: 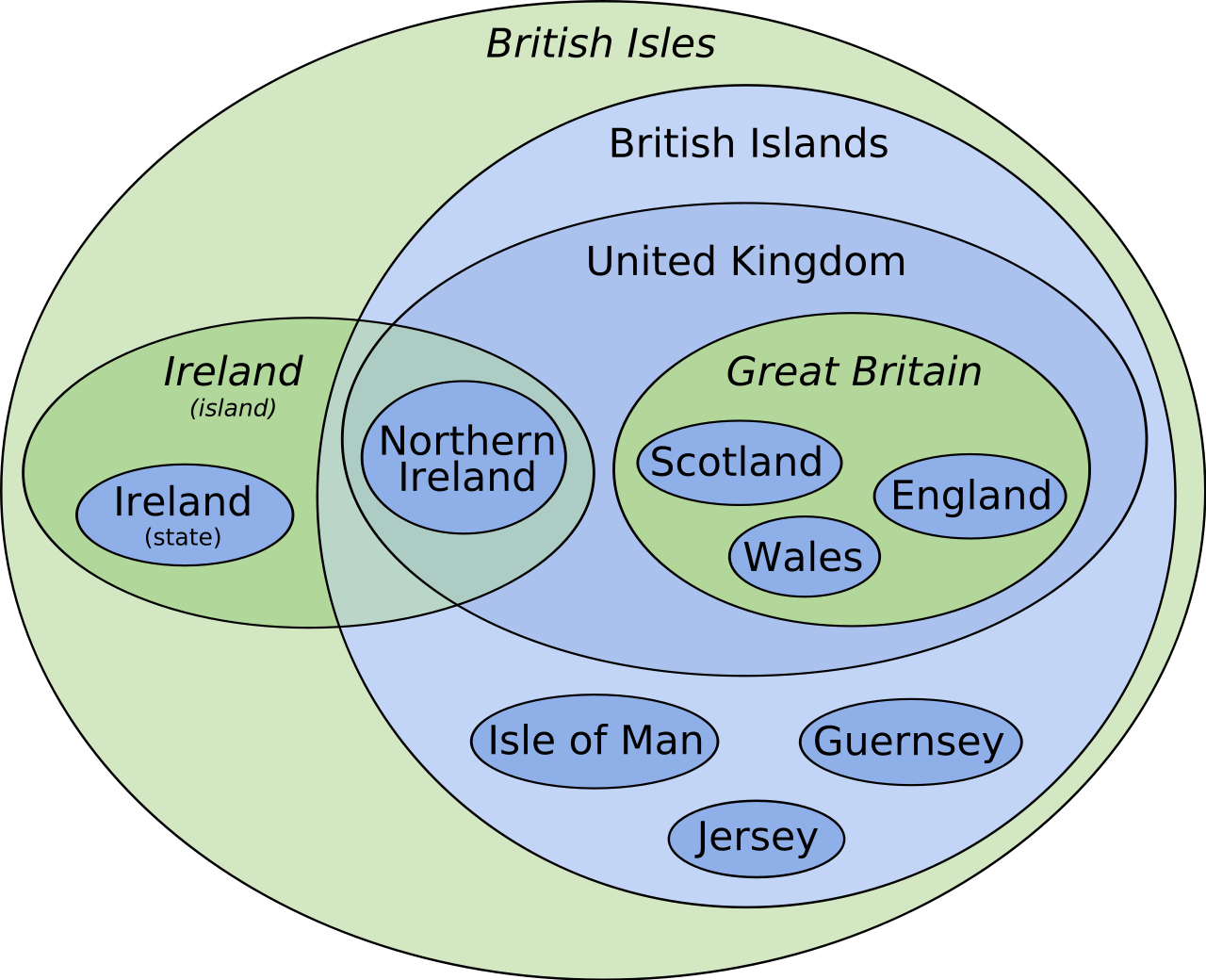 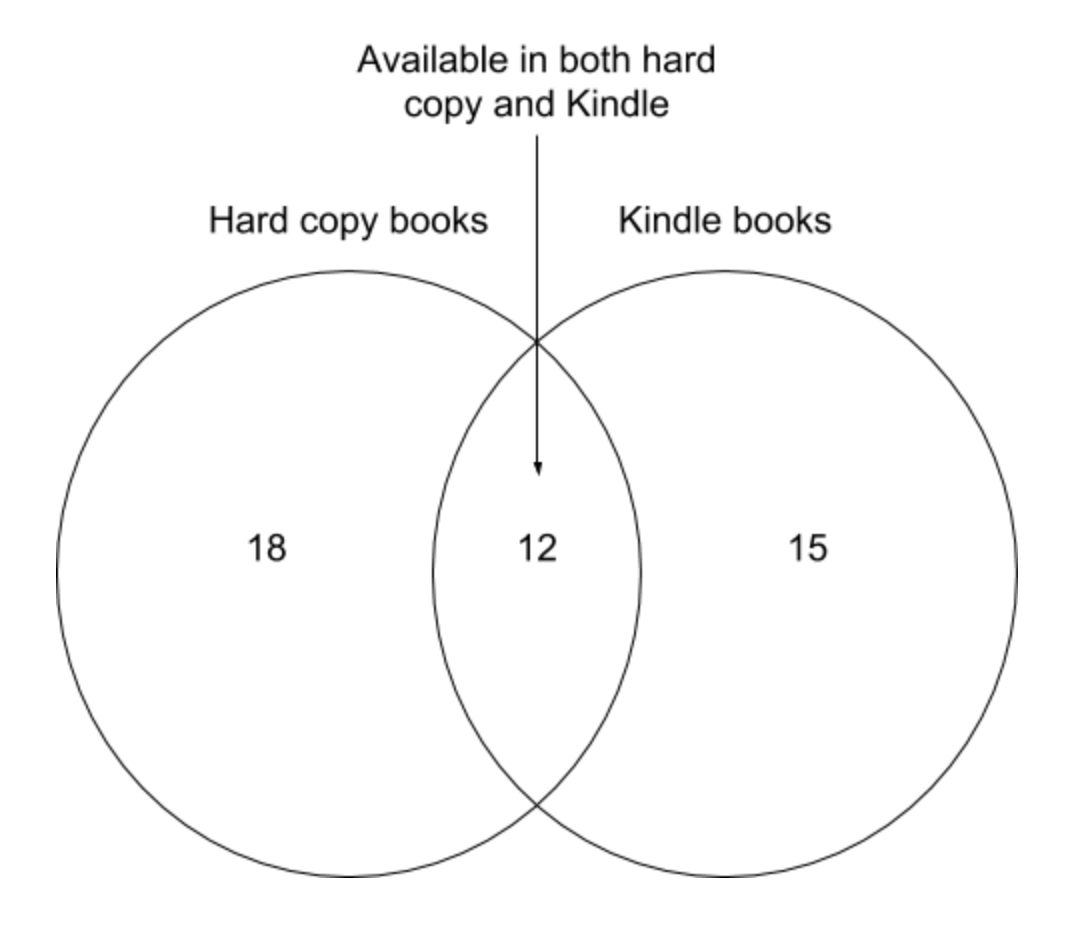 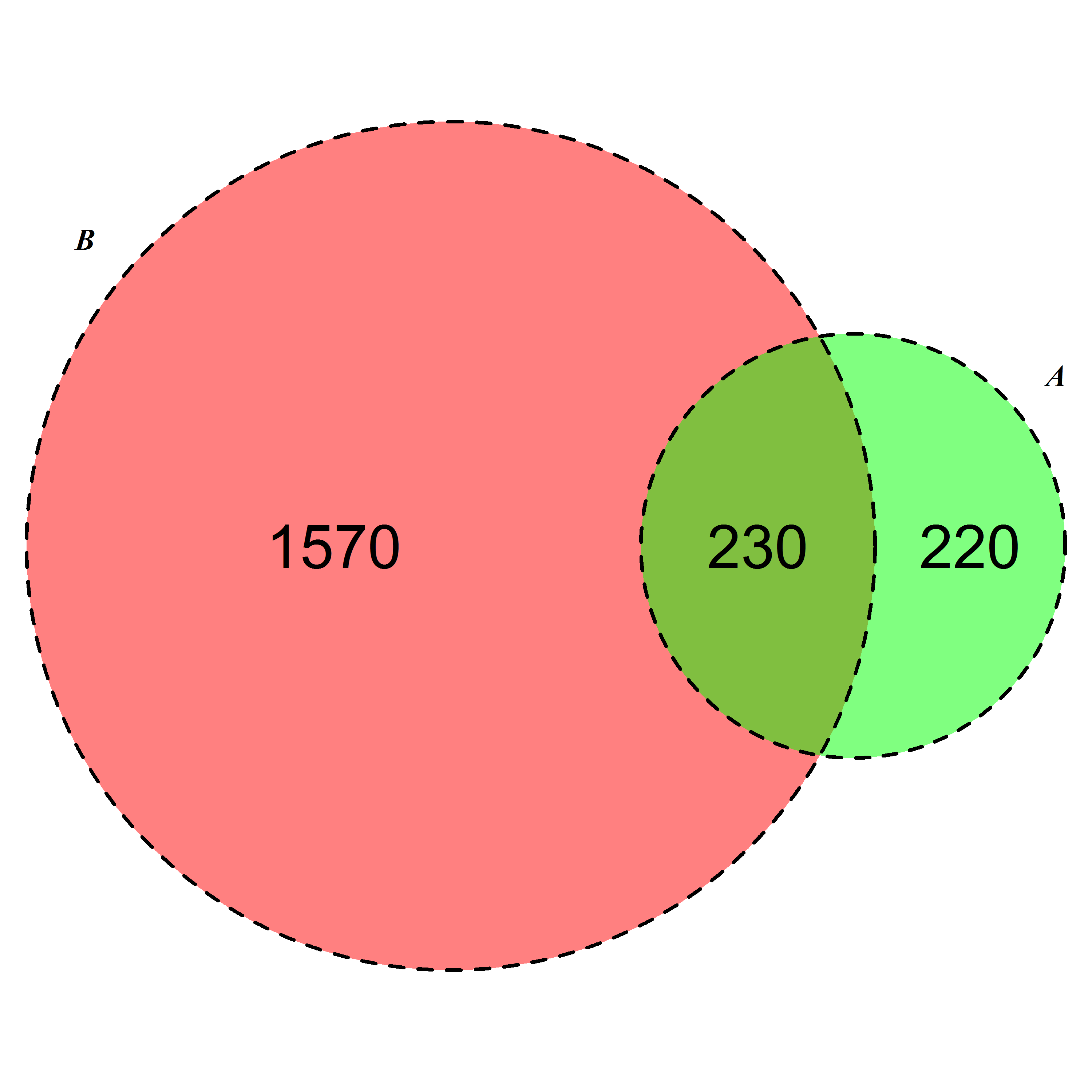 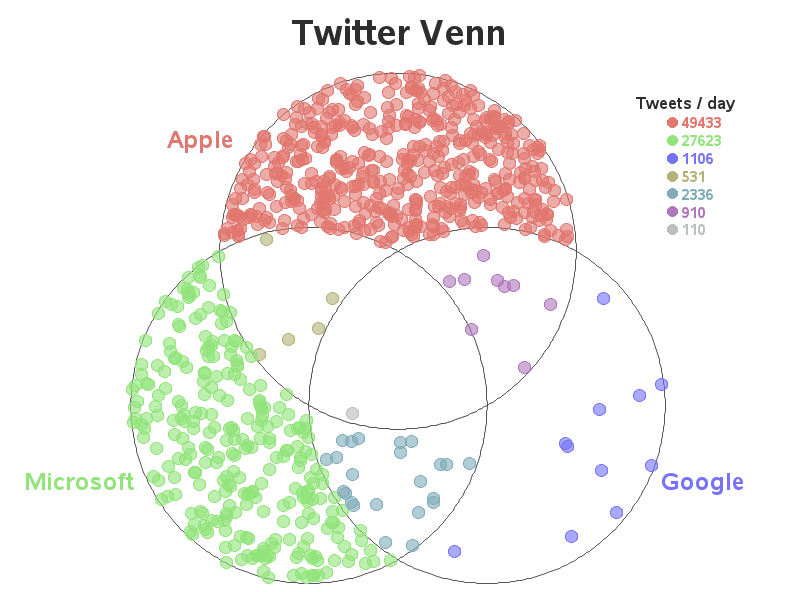 I generally like the latter as a visualisation approach because of its flexibility and perceptual interpretability. However, the way it is done is typically with randomly sampled points for each region or manually placed points in arbitrary locations within a region. I have always thought that these could look nicer if the points distribution within a region were approximately evenly spaced, so this blog post is my attempt at solving that problem.

Lloyd’s algorithm is designed to generate roughly evenly spaced points in space, so I’ll be using this as the key process for the pseudo-random sampling to create evenly distributed points. The way it works is heavily reliant on Voronoi tessellation. If you want to learn more about Voronoi tessellation, I can recommend this DataGenetics post introducing the concept.

Lloyd’s algorithm starts with a set of randomly distributed points, and then recursively generates the Voronoi cells for that set of points and moves the points to the centroids of the Voronoi cells. Each iteration of this process increases the uniformity of the spacing between points. Each step is visualised below:

We can see that this process increases the distance between points that are close together.

This process can be done recursively to keep increasing the distance between points that are closest together until the system reaches an equilibrium point, thereby generating an approximately uniformly distributed set of points. The animation below shows the effect of cycling through 30 iterations of Lloyd’s algorithm 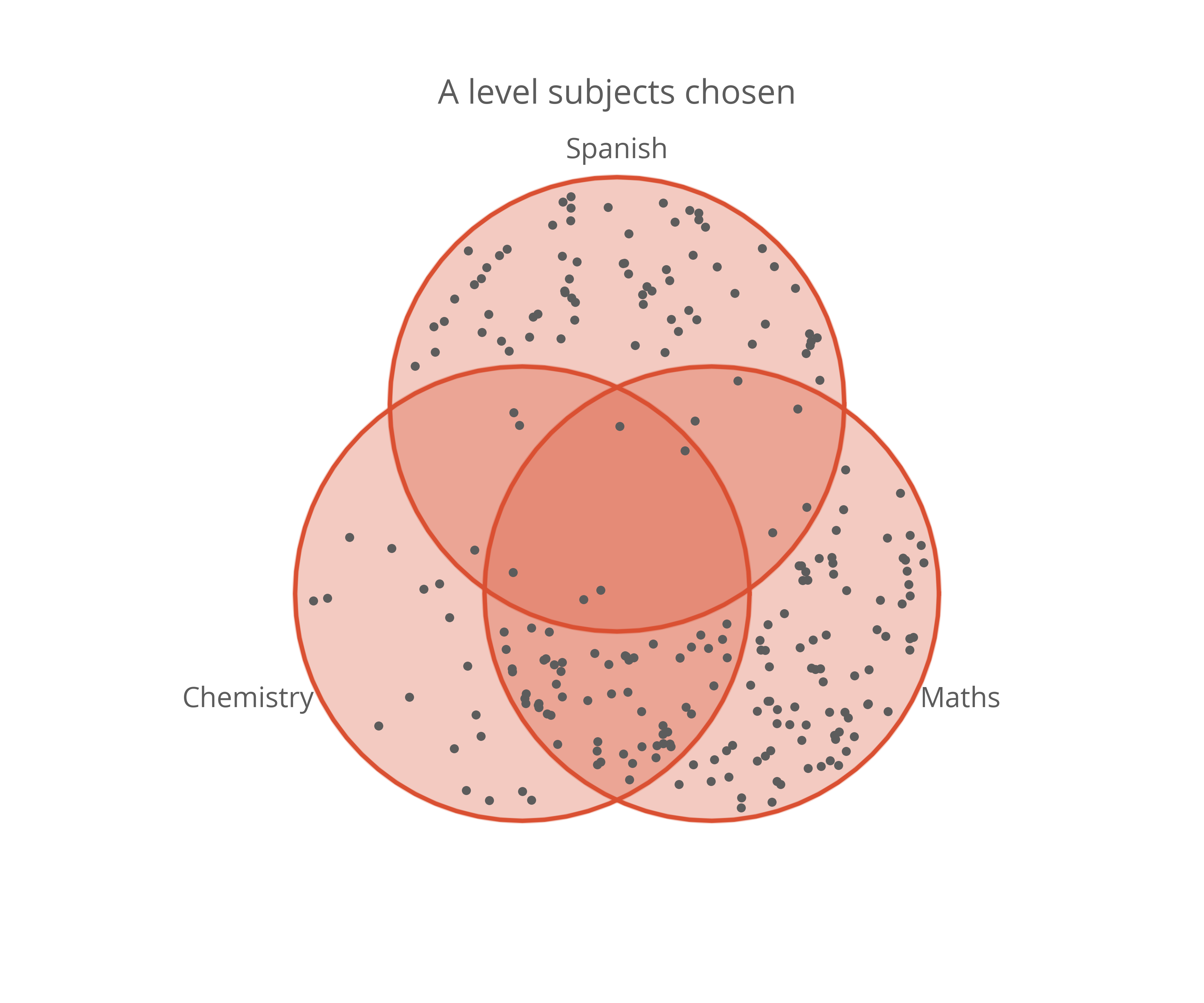 That looks much nicer to me and it doesn’t lose any perceptual accuracy. I think this might become my default choice for visualising population sizes in sets in the future.

If you’re interested in generating similar graphs, the code I used wrote to generate the Lloyd-relaxed dot density Venn diagram can be found here in the form of a Jupyter Notebook (Python).